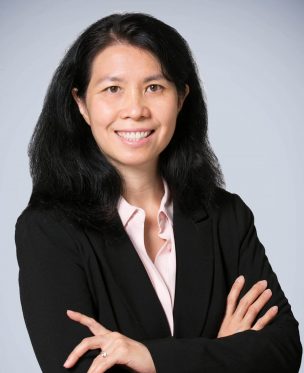 Dinh leads our Commercial Property & Development team. She has 19 years’ experience in commercial property law, including over 14 years at top tier firm, Herbert Smith Freehills. She has practised in New South Wales and Victoria, has serviced clients nationally around Australia and has previously worked in London.

Dinh has been a trusted adviser on commercial office developments, forward fund throughs, securing tenancy pre-commitments for office and retail developments, head office relocations, acting for landlords and tenants on all types of leasing transactions and sales and acquisitions of commercial, retail and mixed use properties. She has also conducted due diligences for business sales and acquisitions, development financing and privatisation of infrastructure assets. In the current climate, Dinh has been a key adviser to both landlords and tenants on rent relief claims under the Mandatory Code of Conduct.

Dinh’s clients know her for her dedication to client service, commerciality and guidance, technical ability and speedy turnaround of advice and documentation. When clients work with Dinh, they know they are in a safe pair of hands. Having worked on some of Victoria’s largest property transactions as well as guiding clients through ‘business as usual’ matters, Dinh brings with her a wealth of insight into what is market practice and provides commercially pragmatic solutions to legal risks.

At her previous firm, Dinh played a key role in the following projects:

Following the Victorian Government’s announcement on 28 July to re-establish the Commercial Tenancy Relief Scheme, the Bill to give effect to the re-established Scheme was introduced into Parliament today. The legislation will enable the Government to make regulations in relation to eligible leases to give effect to various aspects of the Scheme. We understand the … Read more

What to look out for when securing or signing up to tenancy pre-commitments for a new development We have seen that despite COVID-19, the demand for manufacturing and warehouse facilities, distribution centres and retail space within homemaker centres continues to be strong. The development of new premises for these uses is increasingly important to meet … Read more