A significant decision of the Federal Court, handed-down on 19 March 2018, has found that Heinz misled consumers as to the nutrition and health benefits of its SHREDZ products, aimed at children aged 1-3 years of age.

Heinz marketed its SHREDZ ‘Little Kids’ range to parents of children aged 1-3 years of age. These dehydrated, compressed snack products came in three varieties, each (validly) claiming to be 99% fruit and vegetables, with no added colours or flavours. The pack showed an “active healthy young boy” climbing a tree, and images of various fruits and vegetables. One of the varieties included additional claims “Just the Good Stuff” and “No Nasties”.

This, it appears, left a bad taste in the ACCC’s mouth.

What did the ACCC claim?

The ACCC brought an action against Heinz claiming that the statements and images on the box of each Shredz product conveyed representations to the effect that the product:

What was found to be misleading?

Though the Nutritional Value Representation was not found to be conveyed by the SHREDZ packaging, Justice White commented that it would not have been misleading anyway.  The key difference between that representation and the Healthy Food Representation is that the former can be classified as a simple nutrition claim, but the latter crosses in to health claim territory (aka the badlands of food labelling compliance).

A nutrition claim is generally just a representation as to what a product contains, but a health claim (on a common-sense approach, and as defined in the Food Code) is a representation about the effect of a food product or its ingredients.  In Justice White’s opinion, it was a “combination of the imagery and words on the packaging” that communicated the Healthy Food Representation to the reasonable consumer.

In particular, the court referred to the following key elements:

Where did Heinz go wrong?

Once the court determined that a claim regarding health benefits was conveyed by the packaging, the burden on Heinz to justify its claims changed significantly.  Any representation (express or implied) as to the effect of a product needs to be substantiated by real evidence, taking into account all the relevant circumstances, or the claim will be misleading.

However, the court found that the representations regarding the product being beneficial to the health of children were false or misleading primarily because the product contained proportionately high levels of sugar, which was over 60% of the content by weight.  In deciding this, the court took into account general dietary considerations (including the fact that toddlers could be presumed to already be consumer a certain amount of naturally occurring sugar), and the potential for the products to cause dental cavities (sugar content and sticky texture).

A key lesson from this decision is the reminder that food labelling laws under the Australia New Zealand Food Standards Code (Code) have to be considered in a general consumer law context in regard to whether it is misleading or deceptive.  Technical compliance with the Code itself will not save you from a misleading and deceptive conduct claim.

Where to from here?

The ACCC takes a hard-line approach to the marketing of products to children and parents of young children (who are identified as particularly vulnerable consumer groups), with a focus on products that are positioned as nutritious or as having particular health benefits. This particular focus goes hand in hand with the recent trend within the food & beverage industry towards more ethical (and stringent) marketing to children practices, as evidenced by the adoption of the AANA Marketing Communications to Children industry code.

This decision serves as a reminder of the importance of having food labels reviewed by a lawyer to provide a holistic perspective (both as a final check, and as part of the development phase). Moving forward, any health or nutritional claims – even when not specifically regulated – should be treated with caution and viewed as a higher risk claim where they are marketed to children or parents of young children.

KHQ Food & Beverage is a tailored legal service offering for food and beverage businesses. If you have any questions about how this decision might impact on your business, please do not hesitate to get in touch with us. 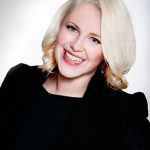