In the case of Lendlease Engineering Pty Ltd v Owners Corporation No.1 & Ors [2021] VSC 338, the Victorian Supreme Court decided that where multiple occupancy permits are issued, the date of the last occupancy permit is the relevant date for calculating the 10-year limitation period for building actions under section 134 of the Building Act 1993 (Vic) (the Act).

The effect of Lendlease in some instances will be effectively to extend the available limitation period.

The Chevron development comprised the Chevron Hotel (Building One) and a new apartment building (Building Two).  The works were completed in three separable portions and between June 2006 and February 2007, four occupancy permits were issued.  The occupancy permit dated 16 February 2007 (the Last Occupancy Permit) certified that all of the apartments and associated common property in Building One and Building Two were suitable for occupation.

On 13 February 2017, the Owners Corporations of the Buildings commenced proceedings against Lendlease Engineering Pty Ltd (Lendlease) at VCAT alleging breach of the statutory warranties in section 8 of the Domestic Building Contracts Act 1995 (Vic) and seeking orders for rectification of an allegedly defective louvre system on the exterior of Building Two.

Lendlease sought that most of the Owners Corporations’ claim be summarily dismissed because:

In response, the Owners Corporations applied to join apartment owners to the proceeding (the joinder application).

VCAT did not determine the issue of standing of the Owners Corporations, raised in the dismissal application, because the joinder application was permitted.

On appeal by Lendlease, the Court considered:

The Court considered the provisions of the Act, its purpose and other caselaw including Brirek Industries Pty Ltd v McKenzie Group Consulting (Vic) Pty Ltd (No. 2) (2014), observing that section 134 of the Act was introduced to constrain differing time limits on building actions dependent on how an action was pleaded.

The Court observed that this construction of section 134 “promotes the certainty of time limit for all parties… [which] was not dependent upon the way applications for building and occupancy permits might be staged or separated.” and that by adopting this approach “…Parliament’s intention and purpose was to fix an identifiable date for time to commence sufficiently proximate with the conclusion of the building work in that building.”

The Court held that the Last Occupancy Permit was the relevant occupancy permit for the purpose of section 134, which meant that VCAT was correct in determining that the Owners Corporations commenced their action against Lendlease within time.

The Court found that the joinder application was not “simply a formality” as described by VCAT, and distinguished permitting amendment of pleadings after expiry of a limitation period from the joinder application brought by the Owners Corporations which would have the effect of commencing a new proceeding. The Court also found that on the evidence available, it was not open to VCAT to conclude that the Owners Corporations were acting on behalf of apartment owners.

The Court allowed Lendlease’s appeal in respect of the joinder issues, meaning that the proceeding will return to VCAT for determination of the Owners Corporations’ claim against Lendlease without the apartment owners being joined.

IMPACT OF THE LENDLEASE CASE

The effect of Lendlease in some instances will be effectively to extend the available limitation period for building owners and owners corporations, doubtless to the concern of builders and other industry participants on the receiving end of such building actions. The decision has been appealed, so the longevity of the effect is yet to be seen.

Owners and owners corporations, and contractors, designers, building surveyors and others drawn into building actions, should obtain advice in relation to whether time is still running for commencement of a building action in circumstances of staged building work with staged issue of occupancy permits.  Please contact a member of our Construction & Engineering team if you would like to discuss. 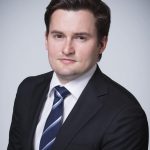 Jack is a lawyer in our Construction & Engineering team. He has experience representing clients in a variety of disputes concerning commercial and domestic building defects, protection works, breach... Read More

Catherine leads our Construction & Engineering team.  She is recognised as a leading construction law practitioner, and has more than 20 years’ experience in construction and infrastructure... Read More