The long-awaited decision on the New Zealand National Party’s (NZNP) use of an “Eminem Esque” track in its 2014 election campaign has finally been handed down.

Justice Helen Cull of the New Zealand High Court found that the NZNP ripped-off Eminem’s hit Lose Yourself and ordered the NZNP to pay Eminem’s publisher NZ$600,000 in damages.

The NZNP engaged Beatbox, a music licensing company based in Australia.  It paid NZ$4,800 for a licence to use a track named Eminem Esque as a backing track to footage of rowing as part of the NZNP’s advertising campaign during the 2014 New Zealand election.  The track was based on the Eminem hit Lose Yourself.

The NZNP argued that it had licensed the music in good faith from a recognised supplier and sought “complete assurances” that there was no risk of copyright infringement.

However, Eight Mile Style (EMS), Eminem’s publisher and copyright holder, contended that it had not given permission for the track to be licensed in this way and argued that Eminem Esque was so close to the original that it breached copyright.

The Court considered the issue in question was whether the NZNP infringed copyright by using in its election advertising music that sounded suspiciously like Lose Yourself.

Her Honour based the quantum of damages on a hypothetical licence fee that the NZNP might have paid to use the song.  Her Honour further noted that damages would have been significantly higher were it not for the fact that the NZNP had sought professional advice, and was not acting “in flagrant disregard” of EMS’s rights.

In her decision, Justice Cull wrote:

“Eminem Esque is strikingly similar to Lose Yourself with minimal discernible differences and objectively, it was designed to “sound like” Eminem and Lose Yourself.  In my view, the high licensing value placed on Lose Yourself by Eight Mile Style for their ‘jewel in the crown’ justifies a willing licensor to demand a high fee for its use.  The National Party was also a very willing licensee, because they specifically wanted the Lose Yourself sound.”

The NZNP has instituted a claim against the suppliers and licensors of the track.

This decision is significant in upholding the rights of artists and songwriters, and serves as a warning to “soundalike” music producers and their clients everywhere.

It’s also a warning to any person obtaining a licence from a third party for use of any other type of intellectual property.

While this is a decision of the New Zealand courts, it will be influential in courts in countries such as Australia and the UK.

This case highlights the importance of obtaining specialised legal advice before you “lose yourself in the music”.

We encourage clients to take special care when wanting to use parts of someone else’s music or movie footage in their work or advertising material.  This extends to other forms of intellectual property, such as using developed software or someone’s trademark or invention.

Licensees of third party works should always obtain a warranty that the licensor has the relevant rights to grant the licence, and also an indemnity covering (amongst other things) copyright and other intellectual property infringement.

Given the ramifications of the decision, music licensors who have not otherwise secured appropriate rights to sample and license copyright works would be well advised to get their copyright house in order.  Clearly, the potential exposure is significant.

Please contact our expert team should you have any intellectual property concerns or would like assistance with reviewing your licence agreements! 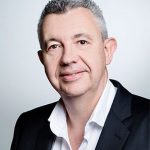 Andrew is a director in the Corporate & Commercial team.

Andrew trained in the United Kingdom and relocated to Australia in 1998. Prior to joining KHQ, Andrew was a partner and team leader... Read More