Welcome to the latest issue of the KHQ Super Alert. This week the government announced it would extend the temporary changes to minimum pension drawdown rates for another year. Treasury commenced consultation in relation to some family law matters, and the Your Future, Your Super Bill will now move to the Senate after the House of Representatives passed it with one amendment.

Parliament – Your Future, Your Super reforms

On 3 June 2021, the Treasury Laws Amendment (Your Future, Your Super) Bill 2021 passed the House of Representatives and will now proceed to the Senate (the Senate will next meet on 15 June 2021). One amendment was agreed to which was to ‘remove the regulation making power to prohibit a trustee of a registrable superannuation entity from making certain payments or investments’.

On 2 June 2021, APRA published the opening statement made by its chair, Wayne Byres to the Senate Economics Legislation Committee. Mr Byres made the following comments:

On 31 May 2021, Treasury released exposure draft legislation in relation to improving the visibility of superannuation assets in family law proceedings. The legislation proposes to amend the Taxation Administration Act 1953 and the Family Law Act 1975 to:

The consultation period closes on 28 June 2021.

On 29 May 2021, the Government announced that it would extend ‘the temporary reduction in superannuation minimum drawdown rates for a further year to 30 June 2022’.  Last year, the Government ‘reduced the superannuation minimum drawdown rates by 50 per cent for the 2019‑20 and 2020‑21 income years’. This was given effect by the Coronavirus Economic Response Package Omnibus Act 2020. Although the government announcement has been made, the relevant legislation to support the change has not yet been released. 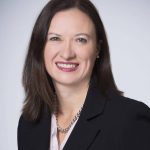