When Hannah Clarke and her three children were doused in petrol and set alight on a Brisbane street in February 2020, less than a year after dentist Dr Preethi Reddy had been stabbed to death in a Sydney hotel room in March 2019, the Australian public was horrified. Each crime was a seemingly-out of nowhere physical attack committed by the victim’s ex-partner that followed years of non-physical abuse. Each crime was committed by a man who was, to many, not known to be violent. The crimes served as testament to a conclusion family violence experts had known for years: it is the amount of control a perpetrator has over a victim, rather than acts of physical violence, that is the most reliable indicator of homicide risk.

The case of Hannah Clarke has become an exemplar for understanding how dangerous and insidious coercive control can be.[1] Before Hannah was murdered, her estranged ex-husband had followed a familiar pattern of behaviour. He had isolated Hannah from her family and friends, deprived her of her basic needs, monitored her and other family members with GPS tracking, and threatened her with suicide if she dared try and leave.[2] These behaviours, while certainly red flags for possible future physical violence, are immensely harmful forms of abuse on their own.[3] However in a media landscape that has spent decades exclusively characterising family violence as physical or sexual violence alone – and a legal system that has largely catered to this view – slow progress has been made to legitimise non-physical forms of violence such as coercive control in the eyes of the public.

Since then, the topic of bringing ‘coercive control’ into our criminal legislation has become a subject of media and law reform interest.

Coercive control is a term originally developed by Professor Evan Stark, a sociologist and forensic social worker, who defined it as a “pattern of domination that includes tactics to isolate, degrade, exploit and control” a person and frighten or hurt them physically.

However a formal understanding of coercive control was first developed by US social science researcher Albert Biderman in the 1950s, following the end of the Korean War.[4] Accounts of cooperation between some American prisoners of war with the Chinese communists led many in the US Government to believe that some sort of brainwashing machine had been used on them.[5] Determined to find out what had really caused American prisoners of war to cooperate with the enemy, Biderman conducted extensive interviews with the returned soldiers.[6] He found that the Chinese communists had merely induced what he described as DDD: Dependency, Debility and Dread.[7] This was a method of inducing compliance where violence was neither necessary nor particularly effective.[8] Instead, it was merely a fear of violence that was key.

Biderman created a Chart of Coercion to show how seemingly-isolated acts of violence had the ability to paint the destructive picture of coercive control when put together.[9] His research was joined by Dianna Russell in the 1980s, who gathered an enormous number of testimonies from women’s refuges to show that the basic techniques used in war camps were virtually identical to those used by perpetrators of domestic abuse.[10]

The patterns identified by Biderman and Russell highlight not only the importance of addressing coercive control in our legislative response to family violence, but also one of the most difficult challenges of doing so – taking into account the complexities of the psychological effect it has on the victim. Many women will tirelessly continue to try and rationalise the abuse being perpetrated against them, and often fail to see themselves as a victim of domestic abuse, even when it becomes extreme or physical.[11] Proponents of criminalisation have therefore emphasised the need to account for ‘victim-survivor resistance’ in any legislative reform.[12]

Hope on the horizon

Although Tasmania criminalised some elements of economic abuse and emotional abuse and intimidation in 2005, no Australian jurisdiction has enacted a comprehensive offence of coercive control.

On 24 September 2020, Labor MP Anna Watson introduced a private member’s bill to the NSW Parliament that would make coercive control in a domestic relationship an offence under the Crimes Act.  The Bill was titled ‘Preethi’s Law’ to honour the 32-year-old dentist who was killed by her ex-boyfriend in 2019, and led to the NSW Government establishing in October 2020 a Parliamentary Joint Select Inquiry to examine coercive control.

After concluding its public hearings in December 2020, the NSW Parliamentary Joint Select Committee on Coercive Control released its final report in March 2021.[13] This was followed by the announcement of a Queensland Government consultation taskforce also in March 2021, which aims to have a Bill before the Queensland Parliament in early 2022.[14] The Northern Territory government has also announced plans to introduce a coercive control offence,[15] while the South Australian opposition has introduced a Bill to do so as well.[16]

Currently, perpetrators of coercive control may come before a court with only one incident of violence to their name, or something that sounds minor, like destruction of property.[17] However, these seemingly low-risk offenders can actually be the most dangerous, particularly with the gaps in our existing criminal legislation that often allow them to go by unnoticed.

Criminalising coercive control without simultaneously introducing resources and specialist training for police, courts, lawyers, mediators, family report writers and all of those who work in a space that deals with family violence, could lead to outcomes such as victims being mistaken as perpetrators. It could also lead to a large proportion of offences being missed as police place too much reliance on the capacity of victims to self-report such behaviour. Evidence from the past five years in England and Wales shows that police training and resources on coercive control and family violence more broadly has been an essential component of its success.[18] Conviction rates in England and Wales were initially very low, but as police training and understanding of the offence improved, conviction rates saw a significant increase.[19] Media reporting on family violence in the UK has shifted as well. Journalists now report on what was presented to court, which covers all aspects of the relationship – the non-physical abuse along with the physical.[20]

A well-considered and multi-faceted approach to the criminalisation of coercive control in Australia could provide education and awareness that could serve to prevent some women from getting pulled into such relationships in the first place. Further, it could facilitate the unified awareness of coercive control across disciplines that would allow the family law system to better protect victims.

In our latest podcast, Monica Blizzard, Greg Oliver and Stefan Pantellis discuss issues around family violence, including the potential criminalisation of coercive control. Click here to listen via Apple Podcasts.

[19] Paul McGorrery and Marilyn McMahon, ‘Coercive control is a key part of domestic violence. So why isn’t it a crime in Australia?’ The Conversation, 27 February 2020 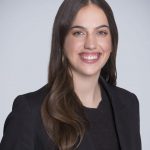 Sophia is a graduate lawyer, and is currently completing rotations across the firm’s practice groups.  During her studies, she worked as a paralegal in our Family & Relationship Law team, and... Read More

Monica Blizzard is an Accredited Family Law Specialist with the Law Institute of Victoria, a trained mediator and collaborative lawyer, and has 20 years experience working in family law.