Last year, it was announced that a cryogenics facility was going to be opened in Holbrook, New South Wales which makes Australia the third country in the world to allow its citizens to be cryogenically frozen.  As technology progresses, and the idea of immortality becomes a reality, how does life extension via cryonics affect your estate planning?

Cryonics presents certain challenges to the status quo, especially when it comes to estate planning.  When you are cryogenically preserved, your heartbeat is stopped.  For the purposes of the laws of Victoria, a person has legally died when either of the following has occurred:

This means that when you cryogenically freeze someone, that person is not technically dead even though their death may satisfy the medical definition of death. Further, for the administration of deceased estates, a cryogenically preserved person would be deemed “deceased” for the purposes of the Wills Act 1997 (Vic) and the Administration and Probate Act 1958 (Vic). 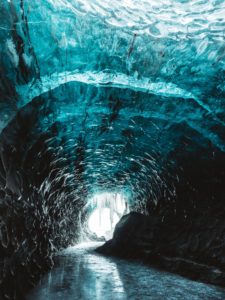 What is cryogenic freezing and what does it entail?

Cryonics is the process of freezing a body at the moment of death with the hope that it will be brought back to life at some future time. It is the preservation of the human body at cryogenic temperatures with the expectation that future medical technology may be able to repair the accumulated damage of ageing or disease at the molecular level, and restore the patient to health.  The revival (also known as re-animation) of the corpse may occur hundreds of years from preservation date.  Re-animation of a body depends on future medical science, the advancement of technology and the ability of future technology to revive a preserved body.

The fundamental thought behind cryonics is that an individual’s body can be preserved to await future medical treatment, regardless of the time it takes for medical science to advance to that stage.

It is unclear what the reanimated person’s legal status would be, given that they were previously legally dead.  If all the assets of the person’s estate have been distributed to their beneficiaries, the reanimated person would in effect, be penniless.  Would the reanimated individual be entitled to claim some form of financial provision for himself or herself from his family?

The above situation would require the cryogenically frozen testator to make provision for their “future” self if they are re-animated.  This accordingly would involve the creation of some form of cryonic trust or a testamentary trust.  Yet, the near impossibility of ascertaining the re-animation date of the cryogenically frozen testator presents further challenges in the creation of these trusts.

Trust deeds usually have a vesting date.  When a trust has vested, the beneficiaries become absolutely entitled to the property of the trust.  In most States in Australia, the vesting date is 80 years from the commencement date of the trust.  This is known as the perpetuity period.  Therefore, the perpetuity period in these States prevents the assets held by a trust from being held for more than 80 years.

Further, there still exists uncertainty around the right to re-animate the testator:

What would you need to consider?

As it is uncertain if and when a cryogenically frozen person would be re-animated, special advice should be sought for asset protection.

Preservation via cryogenics may seem like science fiction, however, it is edging closer to reality.  This area of science creates very interesting concepts and opportunities for estate planning and trust advice.

If you have any estate planning concerns or require trust advice, please contact us.

Ines Kallweit leads our Wills & Estates team.  She is an Accredited Specialist in Wills & Estates (with the Law Institute of Victoria) and a member of the Society of Trust and Estates Practitioners.