Yesterday’s decision by Commissioner Cambridge in Diego Franco v Deliveroo Australia Pty Ltd [2021] FWC 2818 has given the gig economy another good regulatory shake, after it was determined that a Deliveroo driver was an employee rather than an independent contractor.  The decision puts both sides of the gig economy on notice, and undoubtedly the sector as a whole will be crying out for certainty, particularly after Deliveroo announced it would appeal the decision.

The Commission held that the Deliveroo rider of three years, Mr Diego Franco, was an employee and had been unfairly dismissed after he was given a week’s notice of the termination of his supply agreement with Deliveroo, seven days after which his access to the Deliveroo app was disabled.

Mr Franco, represented by the Transport Workers Union, commenced an unfair dismissal application against Deliveroo, to which Deliveroo objected for want of jurisdiction on the basis that Mr Franco was not an employee but rather an independent contractor – and in any event, that Mr Franco had not been unfairly dismissed.

“…has involved examination of the more significant indicia relevant to the particular circumstances of this case so as to enable the emergence of the overall picture from which the informed, considered, and qualitative appreciation can provide the binary outcome.”[1]

In reaching a conclusion, Commissioner Cambridge held the consideration of all the relevant indicia emerged to form a complete picture that the correct characterisation of Mr Franco and Deliveroo was that of employee and employer.[2]

The relevant indicia that were persuasive in this instance were:

Consequently, what might have, superficially, appeared to be an absence of control over when, where, or how long Mr Franco performed work for Deliveroo, actually camouflaged the significant capacity for control that Deliveroo, (like other digital platform companies) possesses. The capacity for this control is inherently available from any utilisation of the significant volume of data that provides the metrics upon which control of engagement and performance of the work may be exercised. True it was that Mr Franco was not under any obligation to actually perform work for Deliveroo, but Deliveroo could exercise significant control over when, where and for how long Mr Franco worked if it chose to do so. Any apparent impediment to the exercise of alternative engagement controls that might seem to arise from the terms of the 2019 supplier agreement, could be overcome by Deliveroo introducing another version of its supplier agreement document.[3]

Ultimately, Commissioner Cambridge found that despite aspects of the relationship between Mr Franco and Deliveroo including elements usually associated with that of an independent contractor, Mr Franco was engaged in work as a delivery rider for Deliveroo as an employee of Deliveroo.

Next steps and what to look out for

We now await the Full Bench weighing in on the conclusions reached in this decision, particularly with regard to the issue of control (but more specifically, the mere capacity for control seemingly being sufficient to suggest an employment relationship exists) given the number of businesses using apps or gig platforms that collect similar quantities of data. We have difficulties with this approach, especially if the control test is expanded to include the mere capacity for control.

Additionally, the Commissioner’s comments with respect to Deliveroo’s ability to introduce new versions of its supplier agreement to overcome issues of control, coupled with his finding that the practical reality of the circumstances was that Deliveroo could present contractual arrangements to its workers as a fait accompli,[4] further demonstrates how little weight is placed on the terms of the contract between the parties.

Given the ongoing uncertainty and the continual push from unions, it appears to be only a matter of time before some form of legislative change is enacted to regulate the entire field (noting that the Victorian labour government is already proposing its specific State based changes to regulate employment related conditions for ‘gig workers’ and a dedicated dispute resolution process) – the potential impacts of which we’ll leave to a later discussion.

In the meantime, businesses in this space need to be on the front foot and ensure that their business and engagement models are robust and as future proof as possible in the face of ever evolving case law.

If you have any questions or wish to discuss please do not hesitate to contact our Workplace Relations & Safety team. 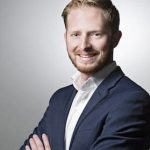 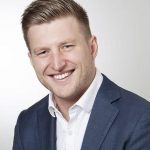